We are increasingly using Evernote over Dropbox as we find it very useful to be able to leave comments on the uploaded file "along side". The only way to make a comment in Dropbox is within the title name or create a new "Word document" or similar to leave notes. Evernote allows for easier annotation. Evernote also allows for better search of documents because it searches within the documents themselves including Optical Character Recognition for handwritten notes.

One thing to note however. If you have a new computer and want to sync your account, Evernote does this exclusively from the cloud - fine if you have a speedy broadband connection. Dropbox on the other hand has LAN sync which means if you have an existing computer on the network that has the data you need it will sync across much faster. This means you can be up and running that much quicker. 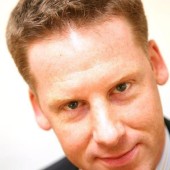 Andrew Reeves is the founder and director. He has worked within financial services since Euro ’96 and is one of the most highly qualified UK advisers by examination (source: Personal Finance Society and The Institute of Financial Planning).

Android apps I couldn’t be without (A to K)

This site uses Akismet to reduce spam. Learn how your comment data is processed.